At (just) 2 years and 7 months, the battery on my R1200GS died. Yup, the dealer had warned me when I sent the bike in for valve clearance adjustments and general servicing last month that the battery wasn’t in good condition. It was tested to have only 174CCA when it should be around the 200CCA mark. In fact, the battery manufacturer claims to be able to output up to 290CCA on this model – so that’s some seriously deteriorated life.

While 2 years and 7 months may initially seem like a respectable age for a motorcycle battery to last, I was disappointed.

END_OF_DOCUMENT_TOKEN_TO_BE_REPLACED 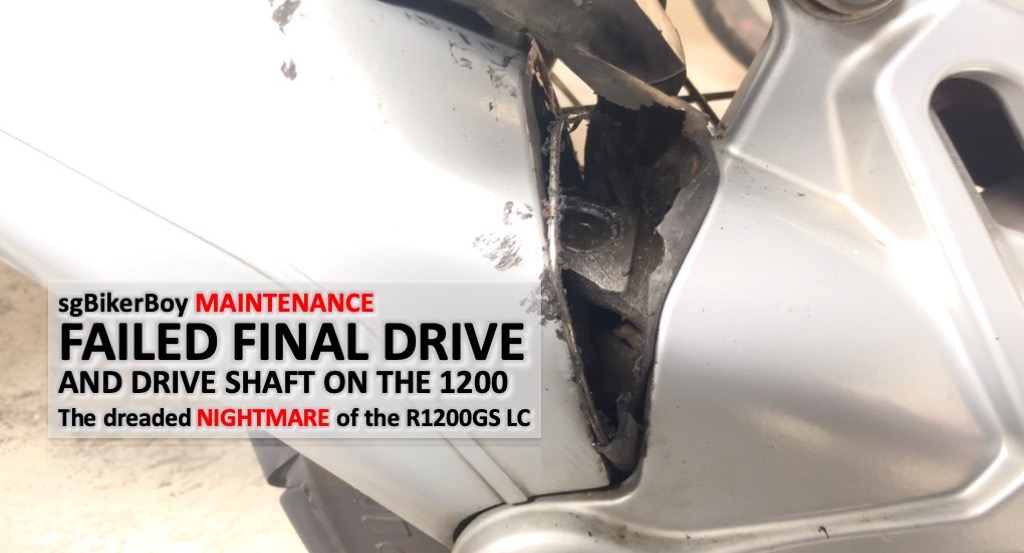 I was on my way to office on morning, merrily rolling along the usual morning traffic when I suddenly felt my rear wheel disengaged from the motor. Blipping the throttle only produced a cringe-worthy rattle with no power transfer to the wheel. And so I pulled to the side of the road and called BMW Assist.

END_OF_DOCUMENT_TOKEN_TO_BE_REPLACED

My Sertao is 6.5yrs old and have seen almost 60,000km. I don’t think the fork oil has ever been replaced. Not only the front suspension is beginning to feel like a pogo stick – bouncing around during brake dives, but my left fork has started developing a leak.

In fact, when it first started weeping, I didn’t even realise it. So much that fork oil dripped down the fork and ended up on the brakes, causing the brakes to squeal and the calliper to bind slightly. Not cool!

END_OF_DOCUMENT_TOKEN_TO_BE_REPLACED 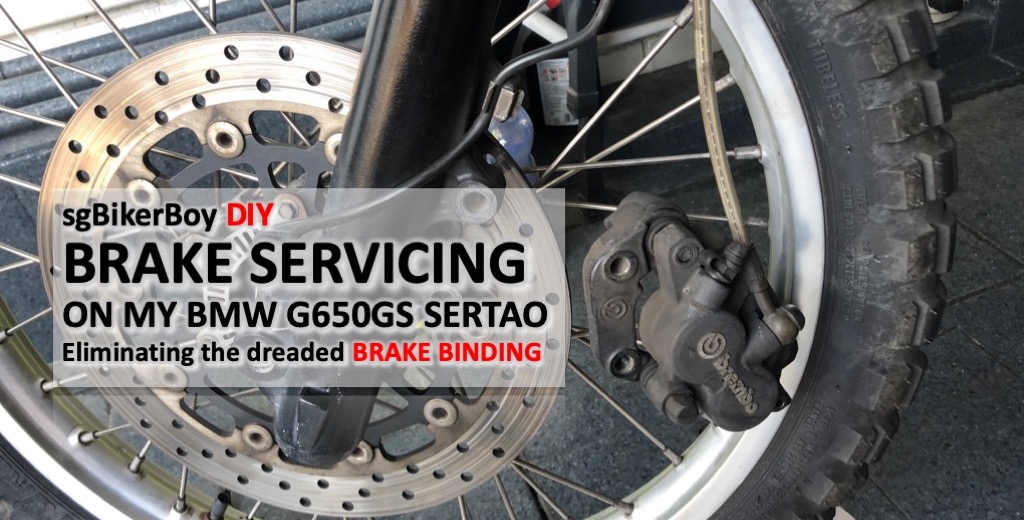 Immediately after a recent ride through the dirt trails of Ulu Choh, the G650GS started developing a horrible squeal in the front wheel area. This happens even while riding – and is especially notable at lower speeds. My initial fear was that the wheel hub bearing had gone bad. I have been taking the Sertao on some treacherous off-roading trips of late.

Like a resilient little pig that just refuse to die, the squeal was present when spinning the wheel while the bike is on the main stand. If it was the wheel bearings, that would have been not too good news – I’ve never done a bearing replacement before and probably don’t have the correct tools for extraction and, more importantly, proper re-insertion. But out of curiosity, I removed the brake calipers just to assess the damage – spun the wheel, and…. the squeal was gone!

Now that I have ascertained that it was the brakes, but not the bearings that caused the squeal, it was time for some brake caliper servicing!

END_OF_DOCUMENT_TOKEN_TO_BE_REPLACED 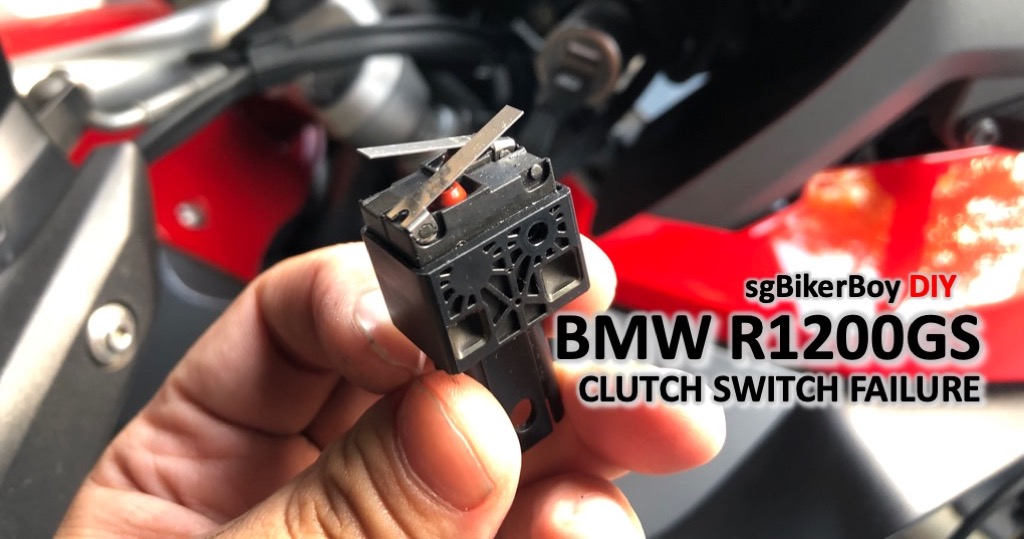 END_OF_DOCUMENT_TOKEN_TO_BE_REPLACED

My little GS needs new shoes. The Metzler Tourance Next tires that came with the bike was almost bald. And since I got this bike primarily to take on the trails and fire roads, I decided to get some 50-50 off-road biased tires too!

After some research, and at the recommendation from a friend, I decided to go for the Shinko 804 (front) and 805 (rear) tires. The set cost just below $200 – which I thought was excellent value for tires!

END_OF_DOCUMENT_TOKEN_TO_BE_REPLACED 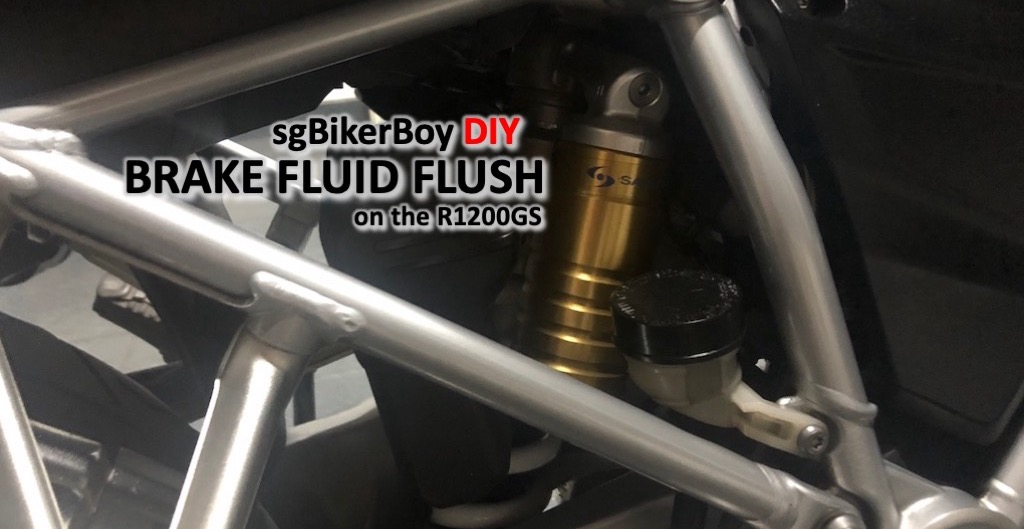 END_OF_DOCUMENT_TOKEN_TO_BE_REPLACED

Sintered (metal-infused) brake pads generally provide awesome braking power and have great brake life. But the biggest drawback is that it tends to squeal. Shortly after replacing my set of front Brembo pads on my BMW R1200GS LC, my brakes started squealing like a pig being sent to the slaughterhouse every time just before the bike comes to a complete halt. This typically happens when the brakes are cold, and sometimes (only sometimes), it goes away after warming up the pads. And since I’ve got a self-admitted OCD for these kind of things, I decided to do something about it.

END_OF_DOCUMENT_TOKEN_TO_BE_REPLACED

I purchased my 2014 BMW R1200GS Wethead pre-owned, and I’ve always accepted the clunkiness of the gearbox. In fact, some owners have described the gearbox of the R1200GS as “very industrial”. Also, from Day-1, I experienced difficulty finding neutral on the bike. When the bike is at complete rest, it would typically take cycling between gears 1 and 2 several times before settling on neutral. Very often, I would have to blip the throttle a little while applying a slight pressure on the gear lever, just to get it to slip into Neutral.

In my recent road trip, I experienced occasional difficulty in changing gears – especially at low’ish speeds. When clutched in, the gear lever would sometimes refuse to shift – seemingly “stuck”. The feeling’s exactly like trying to shift down in gear 1, or trying to shift up in gear 6. It’s only with a slight blip of the throttle would the gear lever then move into the intended gear.

Not cool at all.

And then this – at 55,000km on the odometer, my clutch started exhibiting signs of slippage. I’m very conscious of using only JASO MA / MA2 spec’ed engine oil – so it couldn’t be the oil causing the clutch to slip.  END_OF_DOCUMENT_TOKEN_TO_BE_REPLACED 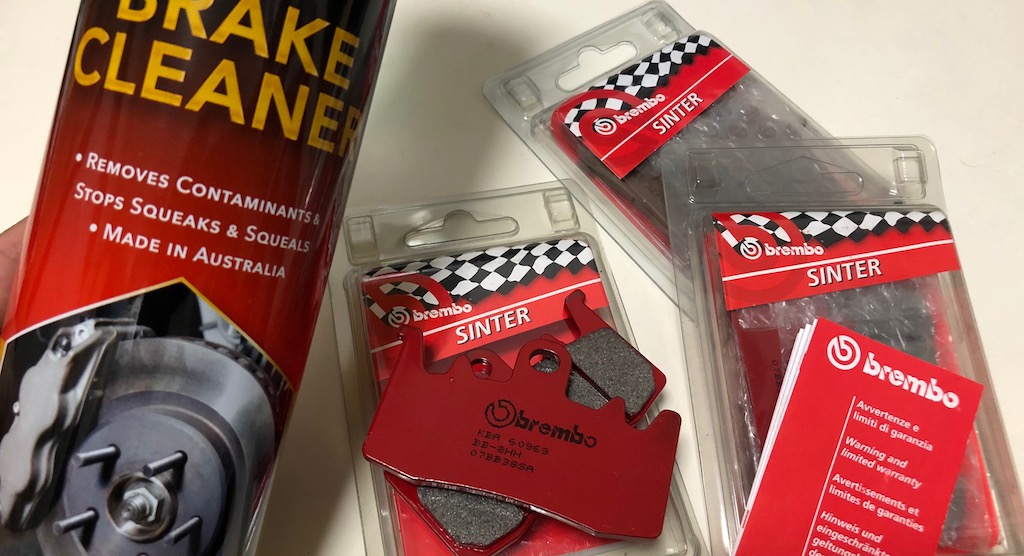 Shortly after my rear brake pads replacement, I noticed that my front brake pads were wearing thin too. Worse, there was one particular pad (the RHS inboard pad) that was wearing out way faster than the rest and is almost worn down to metal! So, it’s time to replace them as a set!

I got myself a set of Brembo SA sintered pads for the front (PN: 07BB38SA). This is supposedly an upgrade to the BMW OEM pads, which, incidentally, are also manufactured by Brembo.