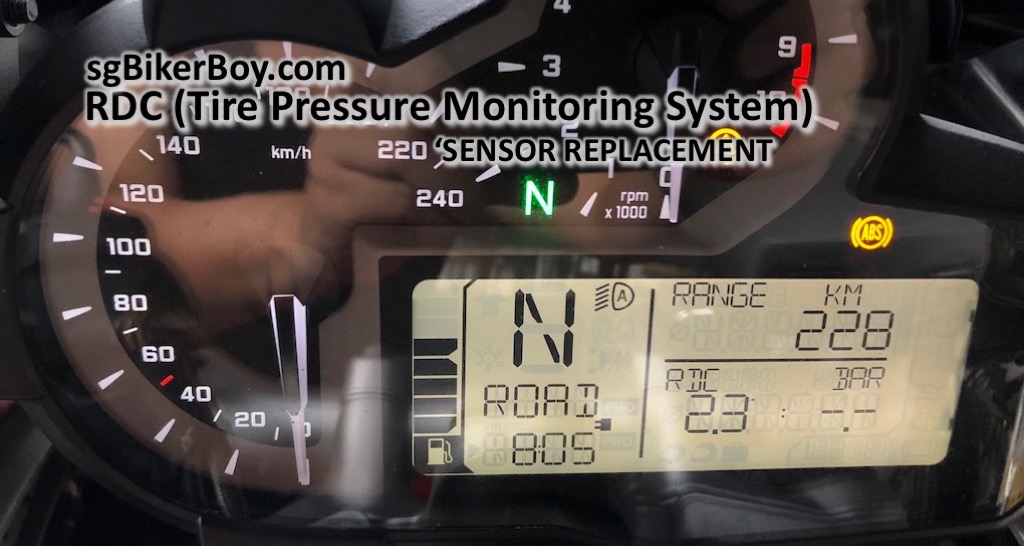 My rear tire pressure sensor has been intermittently acting up for some time now. And of late, it has been occurring more frequently. BMW calls it the RDC system (Reifendruckkontrolle in German, or Tire Pressure Monitor), and from my online research, most sensors on the R1200GS go around the 3-4 year mark.

Each sensor contains a non-user-replaceable CR2032 battery sealed within the unit. Replacement, while not impossible, is a rather messy affair which includes digging up potting compound, desoldering, re-soldering and re-sealing the potting – all with no guarantee that the unit will still continue to work. The sole local dealership charges a whopping $270 for replacement! And since I didn’t quite trust the cheap Chinese-made “compatible sensors”, I bought an original BMW replacement sensor and replaced it myself.

Physically replacing the RDC sensor was a simple affair – remove tire, remove old sensor, install new sensor, re-install tire. After that, you’ll need to program the bike to recognise the newly-installed sensor. That’s where the GS-911 comes in useful.