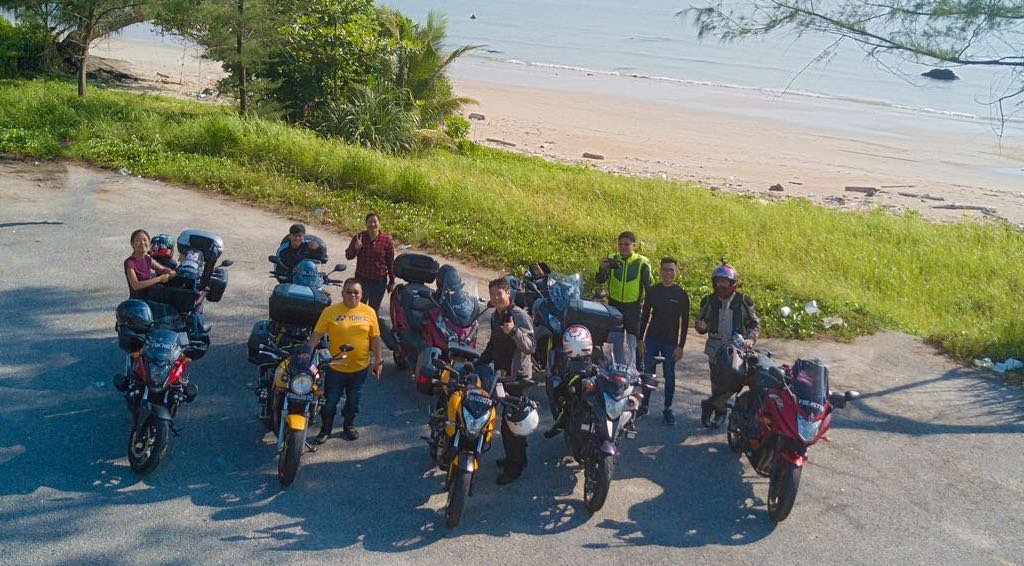 This week, we rode to Tg Sedili – the east coast of Kota Tinggi. Most of us have never been there before, and it looked like a great destination for a short Sunday Morning Ride.

We had a light breakfast at B-Point, got to know one another (many of us were meeting for the very first time), and started our ride at approximately 0750h.

Riding in the morning has its perks. The day has just started and the fog was just beginning to lift. The low hanging sun clothed the surrounding greenery in its warm golden glow. Greeted with Mother Nature’s amazing display of colours, every mile munched puts a smile on our faces.

At approximately 0915h, we saw a turn out spot that led us to the coastal beach, and decided to take a short break there.

And to those who are wondering how we got those amazing aerial shots, this is how it’s done – KP brought his drone along for the ride and got us those breathtaking shots from up above.

And just as we turned out from the parking lot, we spotted 2 armoured vehicles training in the area. They happened to have just emerged from cover and were traveling along the main road. We had some fun overtaking them. Thankfully, they didn’t think we were hostile and did not open fire at us. =P