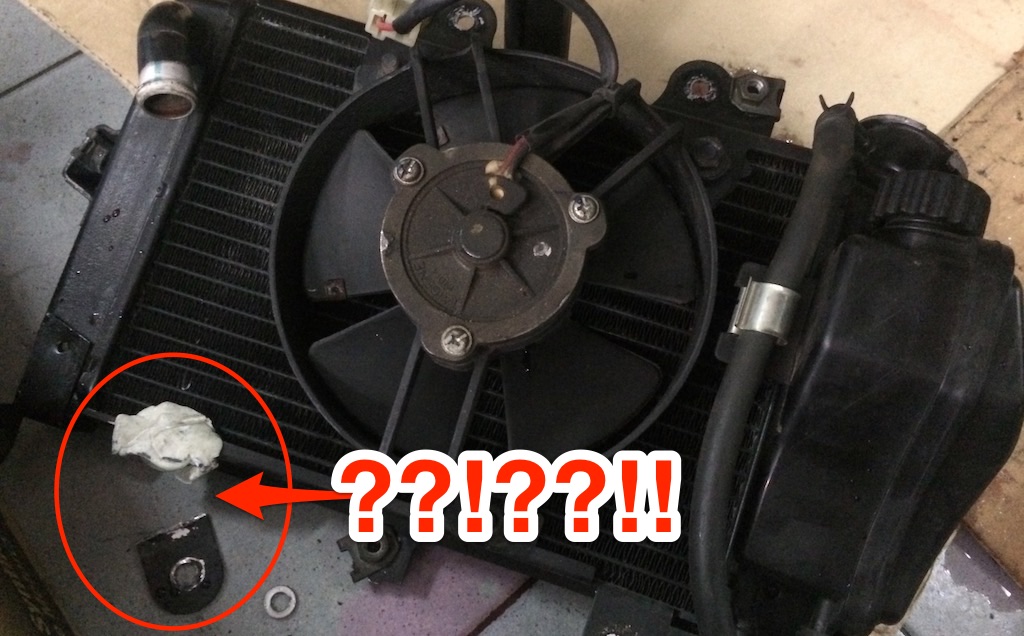 My Pulsar has just reached it’s 4-year mark, and it’s certainly showing signs of its age. I was just at Universal Motors yesterday for a gear lever replacement. And when I got home that evening, I noticed that the left side of my radiator assembly was shaking loose.

The 200NS radiator is held in place by four mounting points. And to damp it from the motorcycle’s vibrations, each of these four mounts are coupled with a rubber “silent block”. Turns out that TWO of the FOUR mounts were broken! One at the rubber damper, and the other was a metal fracture on the radiator itself! GASP!

Since the Pulsar was 4 years old, I already had intentions of replacing the radiator and the associated hoses and cooling system components as part of preventive maintenance. And quite frankly, I’m thankful that this particular failure mode did not lead to a loss of coolant and thus risk engine overheating.

It’s strange, but the Pulsar’s radiator and fan comes as a complete assembly, and cannot be purchased separately. Oh well, at least I get a new fan motor along with this replacement. And since I was at it, I took the opportunity to replace a few other components too. Here’s what’s new:

$325 poorer and a couple of hours later, the Pulsar’s back in the pink of health and now comes with a brand new cooling system! Let’s hope it stays this way for some time to come!