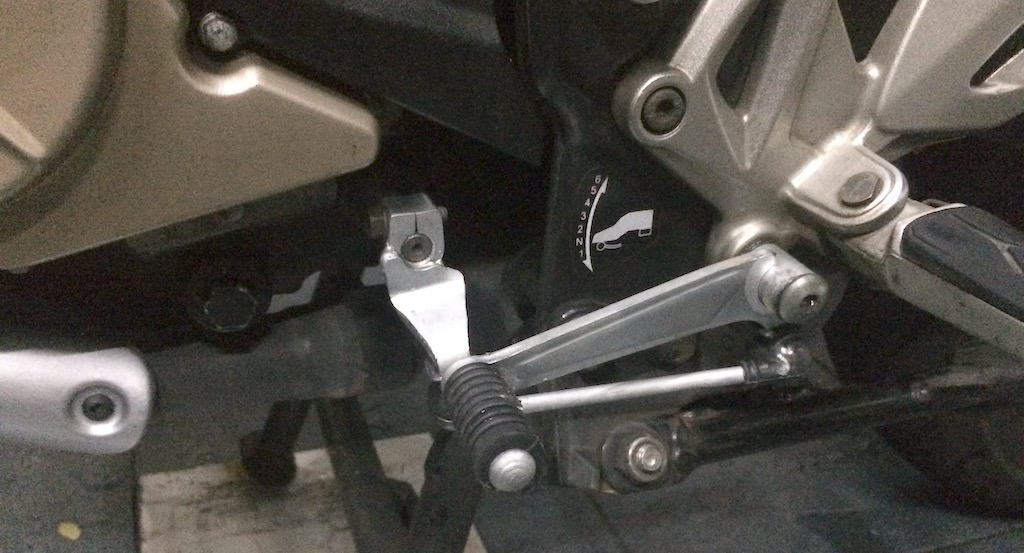 During my recent Sunday Morning Ride to Layang-layang, I experienced a gear shift issue on the Pulsar. Well, for some time now, I thought the gearshift on the 200NS felt strange. After the recent 2,000km run to Betong, Thailand and back, I thought that the gearshift felt kind of harsh. Initially, I attributed it to possibly spent oil. Although it was a mere 2,000km, I was running at high RPM’s for extended periods of time. And so when I returned to Singapore, I performed an engine oil change. Unfortunately, even the fresh oil – Motul’s fully synthetic 7100 – didn’t bring me the once-familiar super-smooth gear shift experience.

During the Layang-layang ride, it got worse.

At a juncture, I couldn’t downshift my bike! And I was forced to pull off from stationary on gear 2. Oh gosh! I hope it isn’t a gearbox issue. Now, THAT will be expensive repair.

So when I got back home, I visually inspected the gear shift area, and realised that the free play around the gear shift lever seem to be excessive. The entire lever was quite literally loose and felt like it was all ready to drop off! Yeah – I’m not kidding!

A trip to Universal Motors at Bukit Merah, and the mechanic there confirmed that it was a worn gear shift lever. But what he (and I too) were afraid was a worn spline on the gearbox shaft. Now, THAT will be an expensive repair!

And since I was at Universal Motors, I compared the free-play of my worn gear shift lever with that of a brand new Pulsar 200NS. Oh! What a world of difference!

A brand new gear shift lever and $35 poorer, my Pulsar now shifts smoother than I’ve EVER experience it on her before! (I bought the bike pre-owned, not brand new.) Just when I was starting to get disappointed with the Motul 7100 gear shift “smoothness”, it really is the gear shift lever after all!

Silky smooth gear shifting once again. Easy replacements like this that dramatically improves the ride experience – I LIKE!

7 thoughts on “Excessive gear lever play on the Pulsar 200NS”