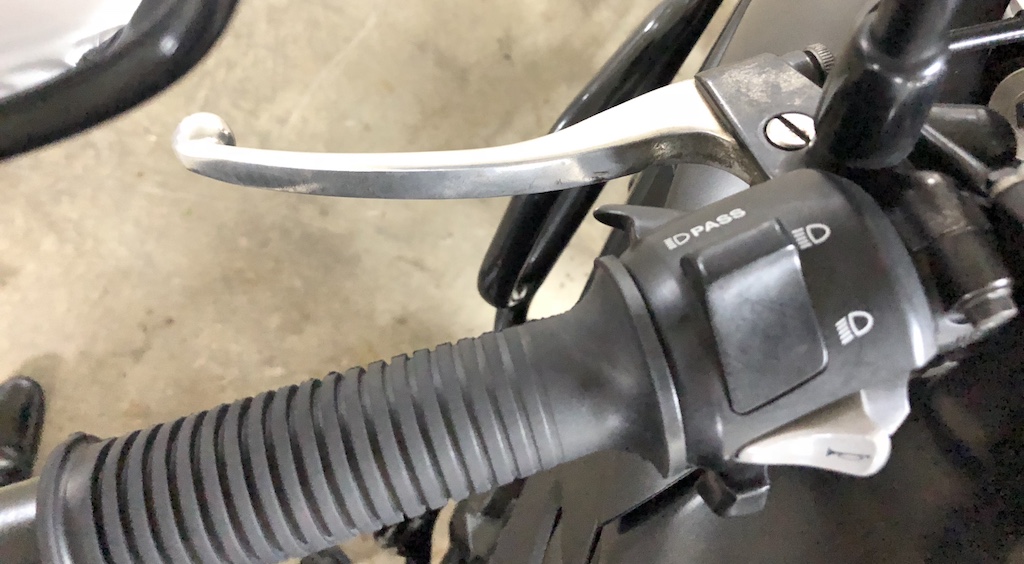 It’s been a tad over 7,000km since my last oil change. And of late, I’ve noticed that gear changing on the 400X seem to have gotten a little clunkier. Definitely not as smooth as I once remembered it to be.  And so there I was contemplating the decision as to whether I should pamper my machine with some fresh engine oil.

But then, this clunky gearshift appears to be rather random too – sometimes shifting from one gear to the next feels like the gearbox of an agricultural tractor; but on other occasions, it could feel as smooth as a well-oiled precision machinery. And so I figured that it shouldn’t be the case of the engine oil approaching end of life.

With a little bit of experimenting, I discovered that if I squeezed my clutch lever with a teeny bit more force at the end of it’s travel, gear changes seem smoother. That led to me to wonder if the freeplay on the clutch lever / clutch cable was possibly not properly adjusted.

You see, at the current settings, pulling in the clutch lever might just 95% disengage the clutch. And because it’s not COMPLETELY disengaged, gear shift will be clunky. The idea is to make absolutely sure that the clutch is completely disengaged by tightening up the clutch cable slack and reducing the clutch lever freeplay.

So with a little tweaking around the clutch cable adjustment screw, I tightened the slack up a little and reduced the freeplay… and guess what?

Gearshift is now sweet, butter-smooth! Moving between gears is now a slick click instead of a nasty clunk – each and EVERY time!

So, if you’re experiencing some gearshift clunkiness, try this little adjustment. Who knows, it might just work for you!