We met at 6am at B-Point, JB, and gathered for breakfast. I filled up my measly 12L tank a little earlier and had an unpleasant encounter of almost being a victim of theft. Thankfully the crook got away with nothing. We had a leisurely breakfast of roti prata (also called roti channai in Malaysia), caught up with one another, and kicked off the ride at 7:20am. According to Waze, it only takes about 35mins or so to reach Gunung Pulai. 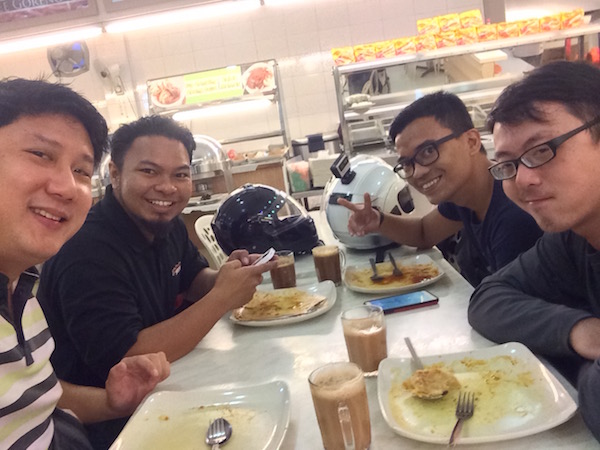 So after filling our stomachs, we made our way to Gunung Pulai. It was a very scenic ride! And I’ll rate this route better than last week’s ride to Tanjung Piai. The fresh morning air greeted us as we weaved through the back roads flanked by vast and neat plantations on either side, as if manicured by God himself. In fact, we were so awed by the view that we just had to turn around for a photoshoot session. 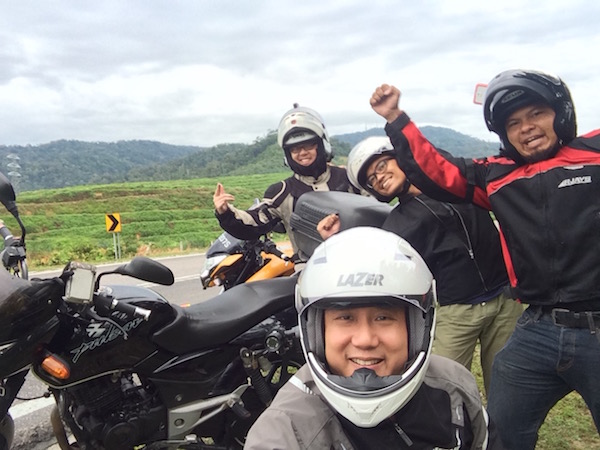 Happy Sunday morning riders – you could definitely see it in some of our faces. 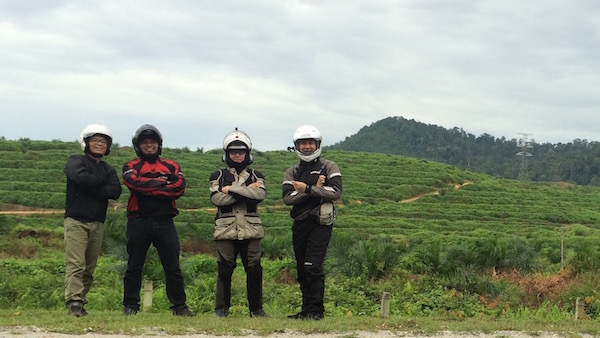 Wasn’t easy taking this shot from the opposite side of the road. But isn’t the view just so lovely!

So we reached the foot of Mount Pulai and we could immediately hear the soothing sounds of water flowing from a stream just beside where we stopped our bikes. According to my limited internet research, the climb up the summit will take about 2 hours. None of us have been here before, and we didn’t know if the waterfall was somewhere nearby, or if we really had to reach the top. So we hemmed and hawed a little and were contemplating if we should attempt the climb. But since we were already here, we figured that we’d just hike up the route a little to explore the area. We promised ourselves that we were just going to turn around if it gets too challenging.

The road was paved. So it makes walking really easy. Thankfully, it was only a 10-15min walk before we reached a branch and we decided to turn and explore. Yup! Waterfall! =) Silently, we were all glad we didn’t have to make that 2-hour climb. But being an all-guy group, our individual egos refused to admit so. But we were real glad that we got to see the waterfall anyway!

Gunung Pulai Waterfall. The prize of this weekend’s ride. 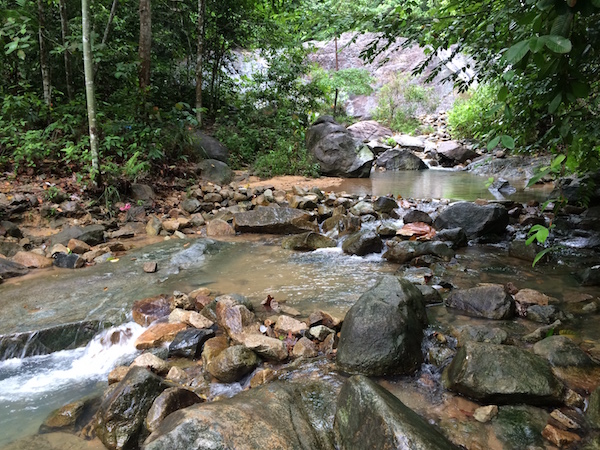 There was a nice little stream just a little upstream of the waterfall. 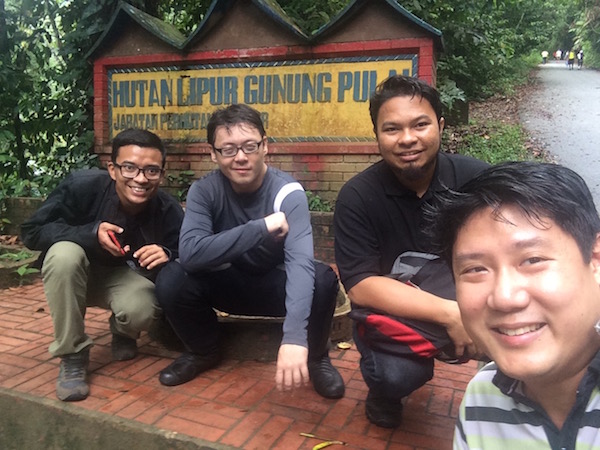 Been there. Done that. Gunung Pulai Waterfall conquered. Well, sort of… 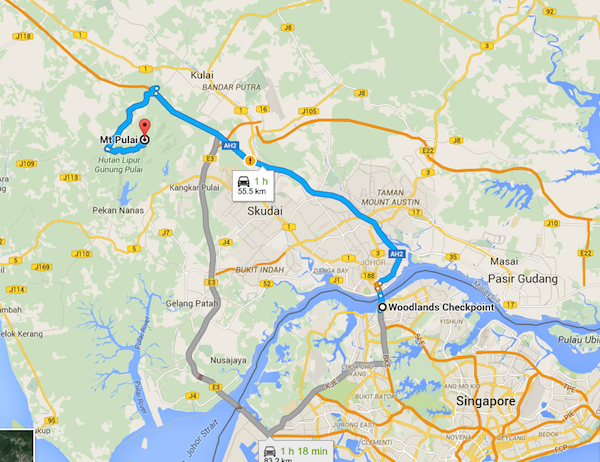 The route we took.