Oil change today. Decided to try Lupromax after the reviews I’ve read. Anyway, 200NS manual says bike requires 1200ml of oil. I poured in 1300+ml – which should be enough. But when I check the oil window, shows oil at MIN level. ☹️ Hmmm…. I wonder how much oil should I really use? 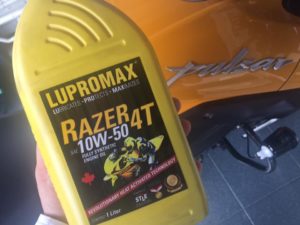 Update: Strange…. After running in a little bit more, oil level at sight glass seem to have gone up??! This is how it looks like now – bike level, on centre stand, front wheel touching ground. Used 1.3L of engine oil during oil change. 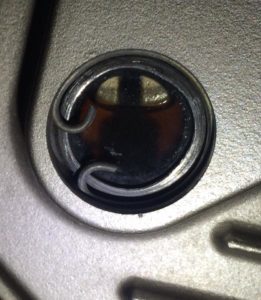 While I’m hesitant to attribute the pressure switch failure to the engine oil, but 3 separate recent cases is a little too much of coincidence for comfort. I have stopped using Lupromax’s oil since and have disposed the remaining oil in the last bottle.