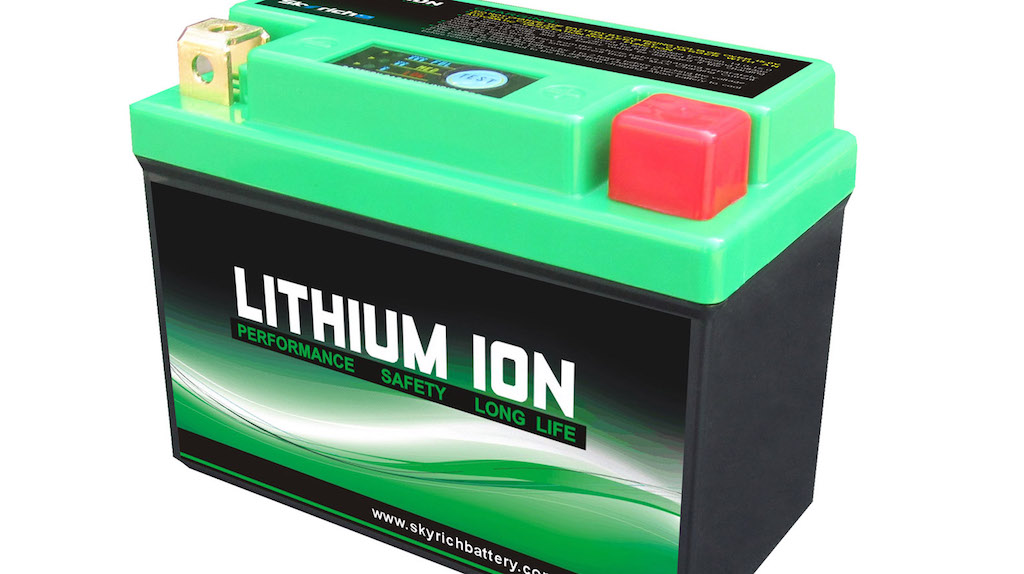 After I killed my motorcycle battery with a deep discharge just barely 3-months after installing it, many have asked me if I considered replacing it with a technologically newer lithium-ion, or specifically lithium-iron-phosphate (LiFePO4) one. For awhile, I did explore to use the opportunity to “upgrade” to a lithium-based battery. But before that, let’s consider the merits and pitfalls of it…

LONGER LIFE?
Lithiums are said to “last longer” compared to lead acids. But in real world environments, due to heat and generally primitively designed charging circuits of motorcycles, that may or may not hold true or that the margin is relatively narrow than lab results may suggest. Note that lithiums generally require a “smart charger” and don’t take very well to over-charging. Whereas lead acids tend to be very forgiving to “dirty currents” and over-charging situations. So depending on how “smart” that additional charging circuitry is inside the lithium, the true longevity of it may vary.

I’m not certain if the Pulsar 200NS uses a single-coil magneto or a 3-phase alternator based electrical generation system. I suspect it’s the former. But the large, fluctuating, rippled charging voltages in a simple single-phase magneto charging circuit may actually damage lithium batteries, leading to accelerated wear and permanent damage. (Here’s an excellent writeup if you’re interested.)

The weight savings “advantage” is, to be quite frank, hardly an advantage to me. I may shave off a kg or two – and it would be very useful in a racing environment where every kilogram of weight shaved matter. But for my style of riding (commuting and touring), that 2kg of weight savings hardly amounts to any tangible benefits. I don’t race. And I don’t think I ever will. Not with my Pulsar 200NS anyway. And if I do, working on reducing my own body weight would likely yield greater benefits – both in terms of health and in terms of the amount of weight that could potentially be shaved.

HIGHER DENSITY?
Next – energy density. That advantage will be very apparent if it were used in an electric vehicle. One could definitely use the weight savings and high energy density lithiums offer. You’d want to pack as much battery capacity as you can in the given weight and space limits so that the electric vehicle is useful for a longer distance. But for a situation where the battery’s primary use is merely to crank start the engine and nothing much else (the alternator / magneto takes over electrical supply when the engine is running), I think this advantage is moot.

COLD CRANKING AMPS?
Lithiums also have higher cold cranking amps (CCA) as compared to an equivalent lead acid. So for starting the motorcycle in very cold weathers, lithiums have it easier. Obviously not an advantage I could use at all in this part of the world where temperatures hover around 30degC (86degF) all year round. So again, I don’t want to be paying for a feature I simply cannot use.

From a technical point of view – both lead acids and lithiums suffer permanent damage from deep discharge events. So, if I decided to be silly and kill my battery again, it doesn’t matter if it were a 3-month old lead acid or a 3-month old lithium – either will die. But killing a lithium would most definitely hurt my pockets (a lot) more when it comes to a replacement. It’s like putting more eggs in the same basket with the lithium. And (accidentally) deep discharging it is akin to dropping that proverbial basket that carry more eggs.

ENVIRONMENTALLY FRIENDLY?
Of course, environmentalists will argue that lithiums are a lot more friendly to the environment. Lead acid batteries contain harmful acids that will damage the environment if not disposed properly. But saving Gaia isn’t quite the aim here, and also, probably unknown to many, Singapore has an excellent toxic waste management system with very clear disposal guidelines by the National Environment Agency (NEA).

Lithium batteries have its place, but not as a motorcycle starter battery. So until the cost of lithium batteries plummets to levels close to that of the lead acid ones, or that legislation mandates the use of it, I’m probably staying with the good old lead acids for now. I could always use the money saved for other bike farkles.

3 thoughts on “Lithium-Ion batteries in Motorcycles?”