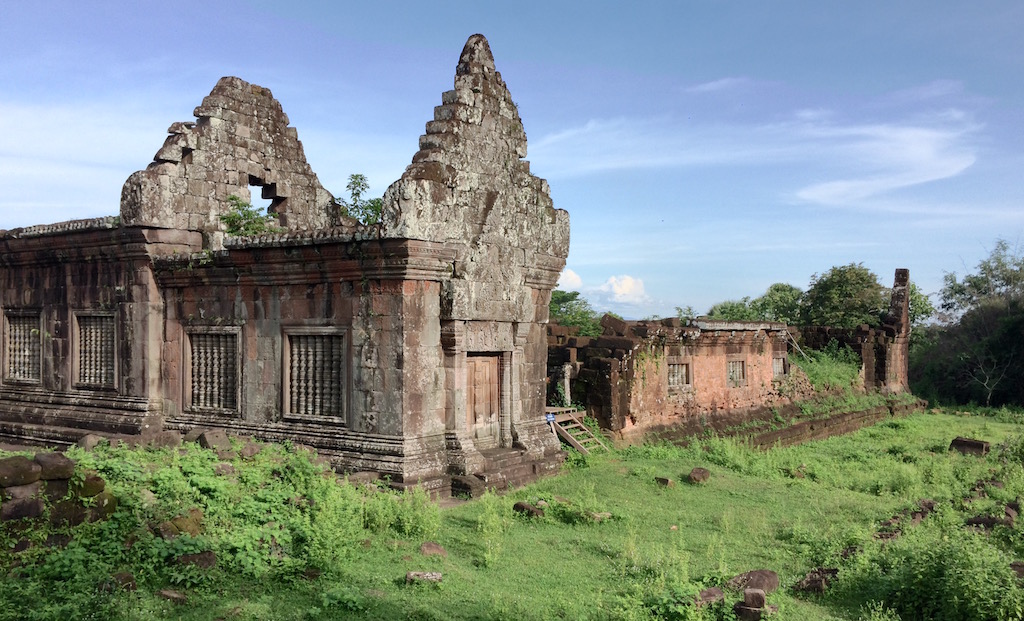 19 July 2016, Tuesday. I left Thakhek at around 8am this morning, and had planned on arriving Pakse by 2pm – which should give me some time to get a room and perhaps explore the area.

But the roads in southern Loas are…. REALLY GOOD! Long and straight, seemingly endless roads of decently good quality (actually FANTASTIC by Laos’ standards!) see me doing triple-digit speeds for the FIRST TIME in a very long while! Northern Laos’ roads are typically mountain snake passes. Before that, I was in Chiang Mai / Chiang Rai with a newly rebuilt engine, and running-in procedures forbid me to reach those speeds. And of course, there was a 8-day downtime when my Pulsar was being repaired in Chiang Mai. And before that, of course, I was doing the Mae Hong Son loop – hardly any opportunity to do triple-digit speeds. So yeah – I missed long stretches of good roads.

So not surprisingly, I reached Pakse earlier than expected, and I found a hotel in town. With accommodation secured, I went for lunch, and then headed back to my room for a short nap before heading out to explore the area.