NanoProtech super insulation?? Bought this insulation spray today for my hazard light and fog light switches amongst other projects. Supposedly, it will seal the electrical / electronic components against moisture damage. Not sure if it works as advertised or how long it can last. But the video seem very impressive, and the bottle says it should last for AT LEAST one year. So maybe have to respray every year to re-treat.

Tried spraying on the electrical switches. Liquid is slightly yellow and doesn’t stain at all. Sprays on like WD-40 and wiped off excess. Hopefully it’ll keep my cheap switches from wet weather damage! 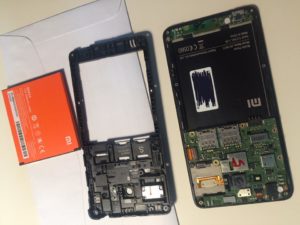 My “waterproofed” bike GPS! Hahaha….. So I dismantled my GPS phone, sprayed the NanoProtech stuff generously onto the circuit boards, and put it back together.

Actually, I’m glad I got this product. Noticed that my USB port that I installed only about 1+ month ago already started to rust – both on the USB port and the connector of the cable. Maybe coz i left the charging cable connected to it and moisture must have gotten in via washing and/rain and trapped there, leading to corrosion. I’ll check the USB port again in a few weeks time to see if this stopped the corrosion.

UPDATE 25Apr: As you may know, I’ve coated my Xiaomi Red 1S with this product and have practically used it as my GPS. Some of you may also know that I’ve recently returned from an SG-KL trip. On my return trip back, I encountered some rain. Some REALLY heavy rain. My NanoProtech’ed GPS phone was mounted on my bike. And we all know how rain droplets turn into firing bullets at highway speeds. With the phone mounted, the earphone socket was at the top of the phone and thus facing forward (unlike the newer iPhones that have the earphone socket at the bottom). So these liquid bullets kept firing at my phone, and kept firing INTO the earphone socket! I didn’t even realise it until my phone’s screen suddenly illuminated (it was turned off / in power saving mode) and notified me that “earphone was plugged in”. That means that the rain drops were pouncing with such force that the phone thought that earphones were inserted!!?

Guess what? The coated phone survived!! The incident happened last Friday. So it’s been 3 days and the phone’s still working. I think ordinarily, the cheap Android would have likely succumbed to water damage by now. So I’m pretty please and definitely impressed.