As a temporary measure, I added 300ml of mineral oil from an opened bottle (the 200NS requires 1200ml of engine oil at every oil change), and had planned to get it checked later today or perhaps let it run for awhile longer to detect any external oil leaks. This brought it up to the “correct” level between min and max.

Then I went out this morning… and after a short ride, I parked my bike. Took a quick peek to spot for any signs of external oil leak. And guess what I saw…..

The oil inspection window showed that the oil level was “overfilled”…. so I didn’t loose any oil in the first place after all. 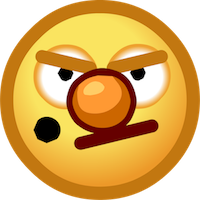 Just strange that oil seem to have been “trapped” earlier and didn’t flow down to the crank case – thus the oil inspection window showing “empty” oil level. Not even “minimum”… EMPTY. 🙁

Well, at least I now know that the engine’s neither leaking nor consuming oil – that’s gotta be some consolation. And since it’s been 2,500km since my last oil change, I thought it would about time to do an oil change.