I’ve got myself a tank bag. In fact, I made this Amazon purchase before I received my Class 2B license, and definitely before I even considered nor purchased the 200NS. Back then I was salivating between the Yamaha R15, Honda CBR150R and the Pulsar RS200. You see, these were “sports bikes” I was considering then, and I figured a top box storage solution would look hideous on this breed.

And so, my purchased tank bag was in storage for a few months. Of course, we all know by now I got myself a 200NS. How? Why? I’ll save that for another story if enough people are curious. But and until my machine arrived, it was only then that I realised that the Pulsar’s fuel tank cover isn’t metallic at all! It’s made of some fiberglass material. While it’s lighter in weight than steel, it’s definitely non-ferromagnetic. And so the bag’s built in magnets refused to adhere to it. Thankfully, this bag also came with a set of straps and clip-on buckles. But still, I’d love the idea of not having to go through the trouble of looping those straps for a sometimes quick run to purchase some light items.

And since the bike’s tank cover was opened out due the coolant change project (see my other thread), I thought that it would be an excellent opportunity to do something about the magnets.

So I got myself some $2 “super strong magnets” from Daiso, and stuck them to the underside of the tank cover. Ta-da! And so now my magnetic tank bag became slightly more useful to me. Level of difficulty of mod? Not considering the tank cover opening, it was Easy Peasy! =) 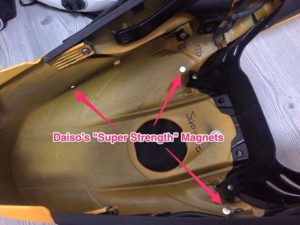 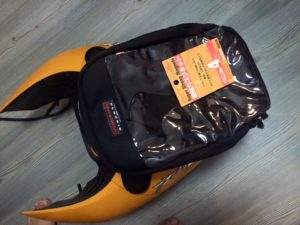 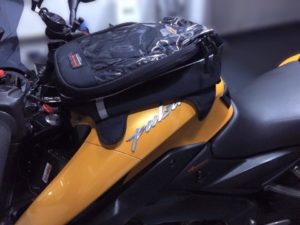 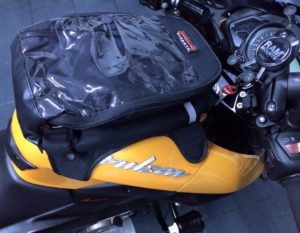